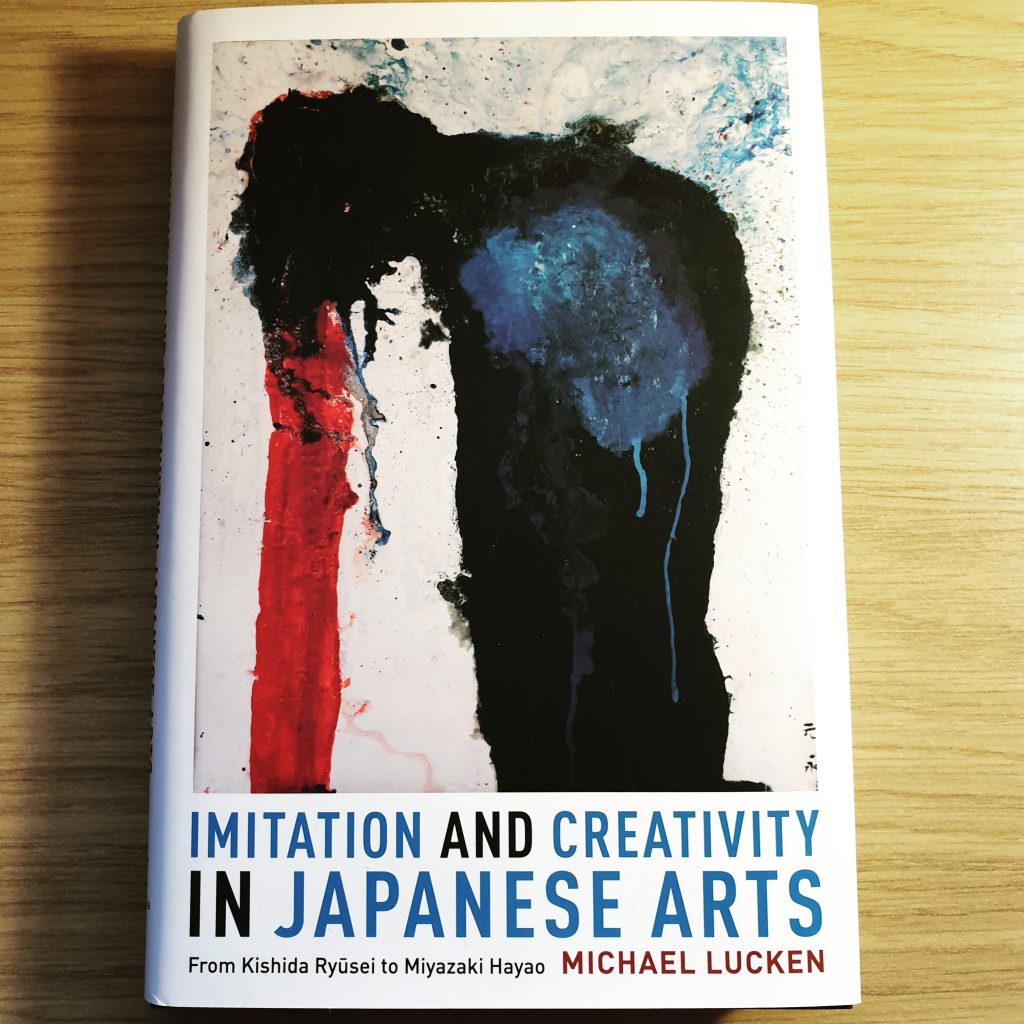 “The work that becomes a model becomes a masterpiece and symbolically reigns over other works” (p. 39)

“The idea that Japanese art is produced through rote copy and imitation is an eighteenth-century colonial construct, with roots in Romantic ideals of originality. Offering a much-needed corrective to this critique, Michael Lucken demonstrates the distinct character of Japanese mimesis and its dynamic impact on global culture, showing through several twentieth-century masterpieces the generative and regenerative power of Japanese arts.

Choosing a representative work from each of four modern genres—painting, film, photography, and animation—Lucken portrays the range of strategies that Japanese artists use to re-present contemporary influences. He examines Kishida Ryusei’s portraits of Reiko (1914–1929), Kurosawa Akira’s Ikiru (1952), Araki Nobuyoshi’s photographic novel Sentimental Journey—Winter (1991), and Miyazaki Hayao’s popular anime film Spirited Away (2001), revealing the sophisticated patterns of mimesis that are unique but not exclusive to modern Japanese art. In doing so, Lucken identifies the tensions that drive the Japanese imagination, which are much richer than a simple opposition between progress and tradition, and their reflection of human culture’s universal encounter with change. This global perspective explains why, despite its non-Western origins, Japanese art has earned such a vast following.”

I enjoyed Imitation and Creativity in Japanese Arts quite a bit. The first part of the book looks at attitudes towards Japan and its creative capabilities, from a variety of time periods and from both the perspective of the West looking East, and Japan looking at itself. I learned quite a bit about how countries justify themselves as being creative while denigrating others as mere imitators, even if their own output has been influenced greatly by what came before. I also learned a little about Japan’s artistic output in the 18th and 19th centuries, having only really known Japanese cinema before. Some of the text is quite academic and theoretical, but for the most part I found the book quite readable, even if it did make it clear I don’t know much about artistic theory.

The second part of the book is where Michael Lucken looks into the four works from different genres. I enjoyed the analysis of Ikiru most in this, maybe because it’s the work of art I’m most familiar with that is explored in the book, and I learned some ways of looking at the film I had not considered before. The Spirited Away analysis also provided me with new ways to consider the film, thinking about vertical vs. horizontal, and as a non-Japanese speaker, the section around the meanings behind the various Kanji/other written characters was very enlightening and something I would have had no way of discovering on my own. The other two analyses, one on a work of photography, another of painting, dealt with what I was much less familiar with. Both were interesting in their own right, and have helped to expand my knowledge of the art forms in Japan.

I would recommend this book to anyone interested in the analysis of art, whether cinema or otherwise. The creativity/imitation aspect is also a compelling element. For me it was worthwhile for its analysis of Ikiru on its own, but there is so much more to enjoy on top of that.

Also, this book made me wish I could visit the Otsuka Museum of Art…