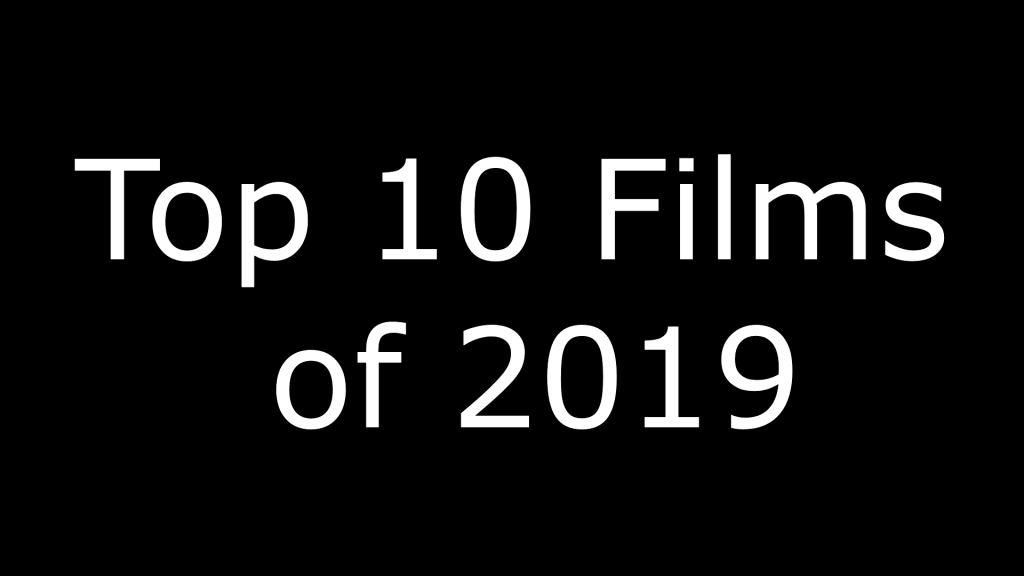 It’s obviously a bit late for this, but I wanted to post it for posterity anyway. I made a video version of this earlier in the year here.

This is my list of the 10 best films I watched for the first time in 2019, regardless of the year of their original release, and presented in no real order.

In Parasite, four members of a poor family each become employees of a wealthy household by deceptive means, pretending to be unrelated and lying about their qualifications, in order to fraudulently receive substantial wages and pull themselves out of the underprivileged mire they find themselves in. Once well ingratiated with the wealthy family, events take an unexpected and dark turn. The ensuing carnage and surprises are best left untold, but suffice it to say, things get fairly wild. My favourite film released in 2019 that I have seen thus far, Parasite is an interesting, energetic and nerve-jangling exploration of social class and structure, if you haven’t seen it, treat yourself as soon as possible.

In The Farewell, Chinese-American Billi (played by Awkwafina) learns that her beloved grandmother Nai Nai, who lives in mainland China, has been diagnosed with inoperable cancer and predicted to have only months left to live. The diagnosis is kept from Nai Nai herself, with most family members believing that it’s the fear that kills quicker than the cancer. A wedding is hastily arranged in China so the family, who are spread out across the globe, have an excuse to get together and see Nai Nai for what is likely the final time. There is raw emotional power in the film from the conflict between Billi’s belief that it’s wrong to keep the diagnosis from Nai Nai and her reticence to cause her grandmother misery by revealing it to her. In every interaction between Nai Nai and any of her family there is a relentless undercurrent of grief and sadness which is emphasised through the family member’s forced normality played against Nai Nai’s oblivious sweetness and charm. Heartbreaking and powerful, The Farewell is a film that will make you want to call your grandparents, if you’re lucky enough to still have them.

A documentary about what may well be the greatest film never made, Jodorowsky’s Dune explores the planning and pre-production of Alejandro Jodorowsky’s ill-fated adaptation of Frank Herbert’s science fiction novel Dune. The film features interviews with many of the people involved in this pre-production,  such as H.R. Giger, Dan O’Bannon in archive recordings and Jodorowsky himself. What is most interesting about the story is the eclectic mix of talent attached to the project, from Orson Welles to Pink Floyd to Salvadore Dali, and the glimpses of concept art which clearly influenced later films such as Alien and the Terminator. The documentary is also an interesting introduction to Jodorowsky himself, and much more accessible and less esoteric than much of his own work. 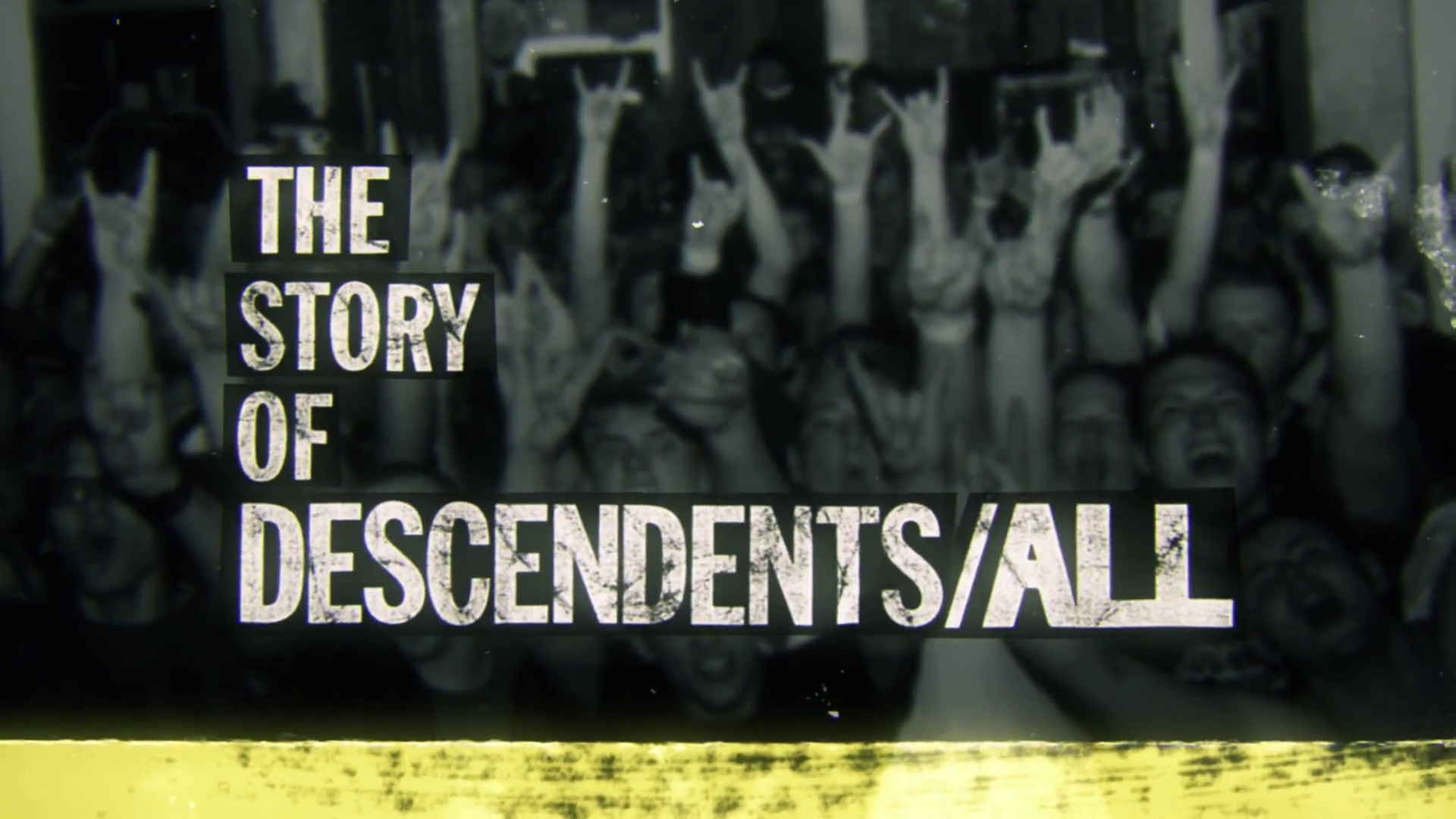 Filmage: The Story of Descendents/All is exactly what the title implies: a documentary following the life and growth of punk bands Descendents and ALL. Having already been a fan of both bands music, the film only had to coherently tell their story for me to find it enjoyable. It was more than just enjoyable though, I learned a good deal about the character of various members of both bands, none more so than Bill Stevenson who is an absolute treasure.

It’s clear that both bands embraced the quintessential punk DIY ethic, married to an unrelenting pursuit of authentic artistic self-expression. They wrote songs of great sincerity, whether it was about broken hearts or breaking wind, and the world is all the better for it.

Another documentary, Nae Pasaran! tells the story of a group of workers in a Rolls Royce factory in Scotland who refused to work on parts for the Chilean Air Force in the 1970s following General Pinochet’s coup d’etat and subsequent brutal regime. The workers took this action based on their own convictions and sense of honour, rather than believing it would have a great effect on Chilean life. The significance of their actions is revealed as the film interviews victims of and actors in Pinochet’s regime, and these are played back to the surprised Scottish workers. The film shows the strength in standing together against a more powerful enemy, whether it’s a company or a government, and how even seemingly small resistances can have powerful and far-reaching impacts. 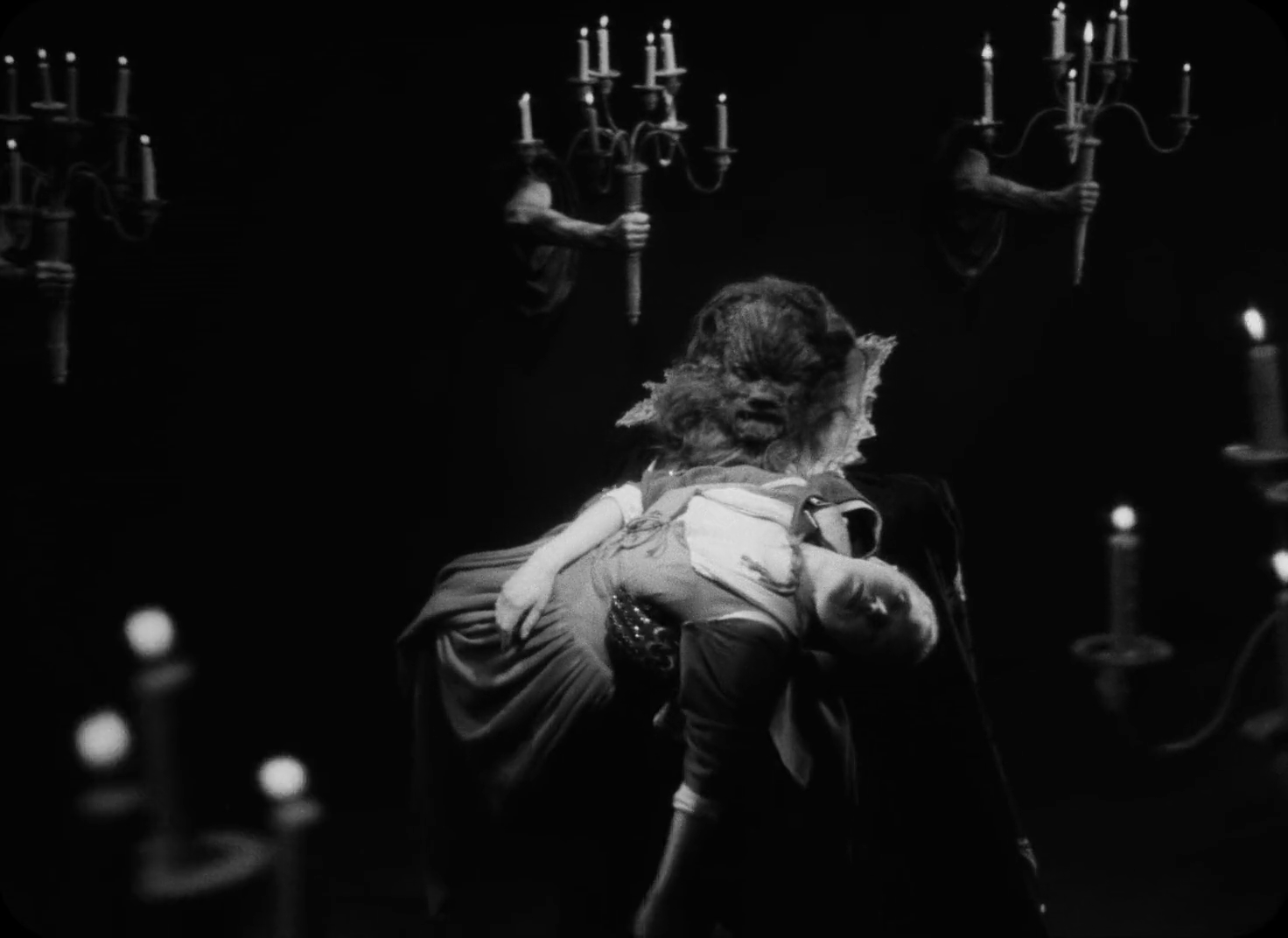 The story of Beauty and the Beast, originally an 18th century fairy tale, will be familiar to anyone who has seen either of the Disney adaptations. A man takes a rose from a castle garden as a gift for his beautiful daughter  and is caught in the act and charged as a criminal by the castle’s bestial owner. The man’s daughter, Belle,  comes to take his place and receive the punishment in his stead, and from here a curious romance unfolds between beauty and beast. What sets Jean Cocteau’s 1946 adaptation of this story apart is how emphatically magical everything appears, it is a true fairy tale. From the 4th wall breaking text-crawl following the credits entreating the audience to place themselves back into a child-like frame of mind and “believe” in the four magic words of “Once Upon a Time”, to the sets, the lighting, and slow, deliberate movement of the actors, everything in this film screams fairy tale.

Shoplifters follows an unorthodox Tokyo family living in poverty. The family has a strange make-up, with none of the members being related by blood, but rather grouping together in the same household in a mutually beneficial bid to survive modern life. They eke out their meagre and threadbare lives through a combination of pension, what little employment is available, and shoplifting. When they come upon a young neighbourhood girl in the street one evening, they take her home for dinner but decide it’s best to continue looking after her themselves when the abuse and neglect of her regular family life comes to light. Subtle, human, bittersweet and poignant, Shoplifters is a simply told but deep story that makes us consider the meaning of family. 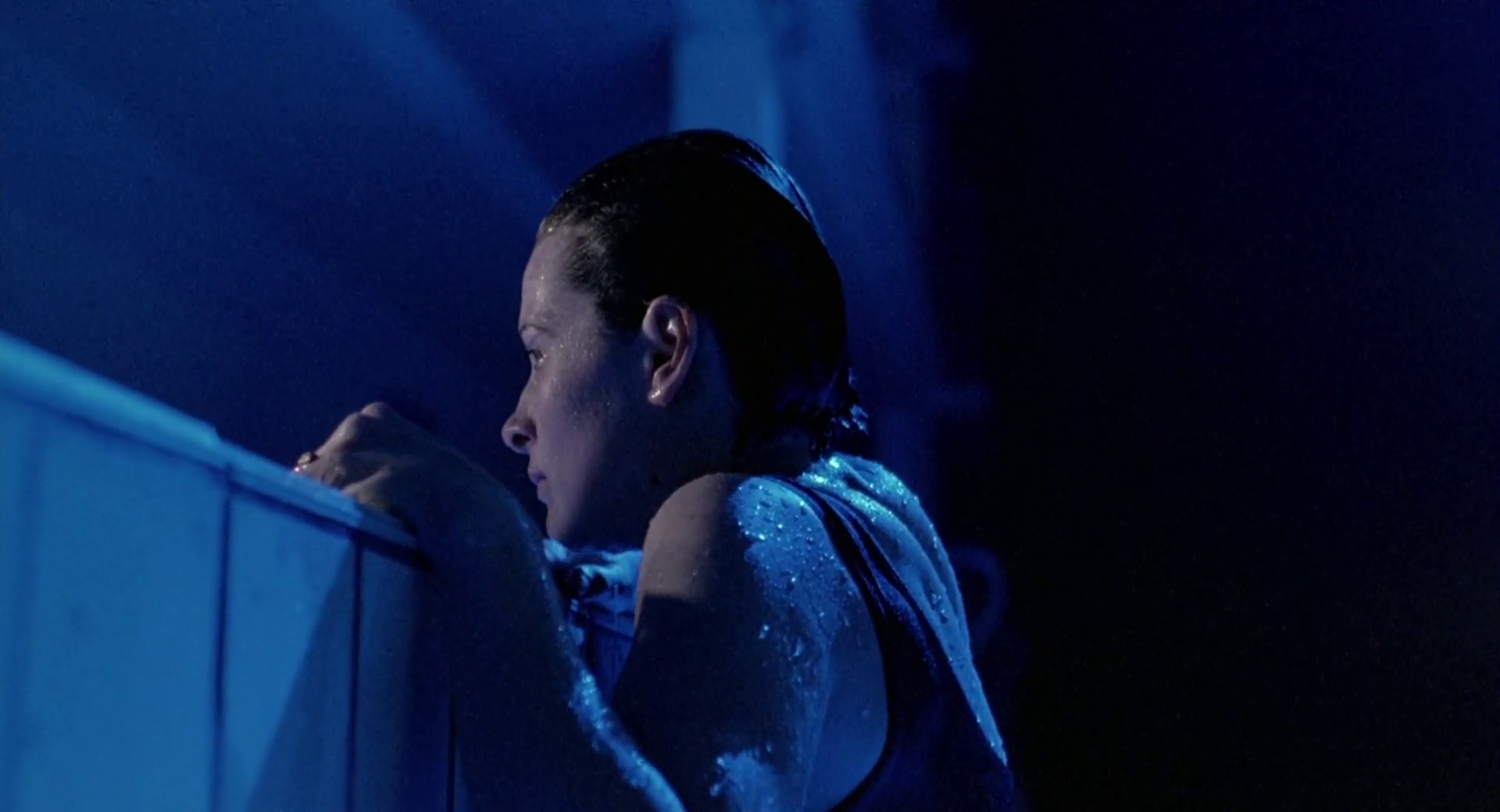 The first film in Krzysztof Kieslowski’s Three Colours Trilogy centered around the French ideals of liberty, equality and fraternity, Blue deals with liberty, specifically an emotional and internal liberty rather than a physical or revolutionary liberty. The film tells the story of Julie, played by Juliette Binoche, who at the beginning of the film survives a car accident which claims the lives of her husband and daughter, and for the rest of the film we follow her as she attempts to deal with this tragedy.

Blue is a gorgeous, beautifully put-together and incredibly tactile meditation on grief and liberty. I loved how music was used in this film, both in terms of its place in the narrative and how audio and image combined to create powerful emotional response throughout the film.

It was wonderfully expressive, and I was riveted watching Juliette Binoche’s journey through the various stages of grief.

Concert film Stop Making Sense begins with David Byrne, an acoustic guitar and a boombox on a large empty stage playing the song Psycho Killer, and as the film and concert progresses, each new song brings with it a new band member, a new instrument, the music increasing in depth and scope until the stage is full of lively, vibrant bodies and the sounds are far-reaching and demanding. What it demands is that you listen, you move, you let the music take you.

There’s so much energy in this film, I loved it. The music is obviously excellent, and Talking Heads put on a hell of a show. Not so much in terms of theatricality or spectacle, but in terms of kineticism and sheer enjoyment.

The editing and camera movement help add to the energetic performance of the band, all working to create what is definitely the best concert film I’ve ever seen (although that’s not a long list)

Having never read the original novel or seen the 1969 adaptation starring John Wayne, I had no basis for comparison for the Coen Brothers 2010 adaptation of True Grit, simply judging it on its own. A stubborn, gutsy and strong-willed teenage girl, played by Hailee Steinfeld, has her father murdered by an outlaw, and seeking justice she hires U.S. Marshal Rooster Cogburn, played by Jeff Bridges and no stranger to violence and drunken-ness, on the condition that she accompanies him on the dangerous mission. Through this adventure the two forge a strong bond, and come to show their courage and “true grit” of the film’s title in their own, different ways.

Masterfully shot and exquisitely paced, True Grit revives the Western of old and makes it seem as alive as it ever was, taking its place right up there with the classics of the genre’s heyday.