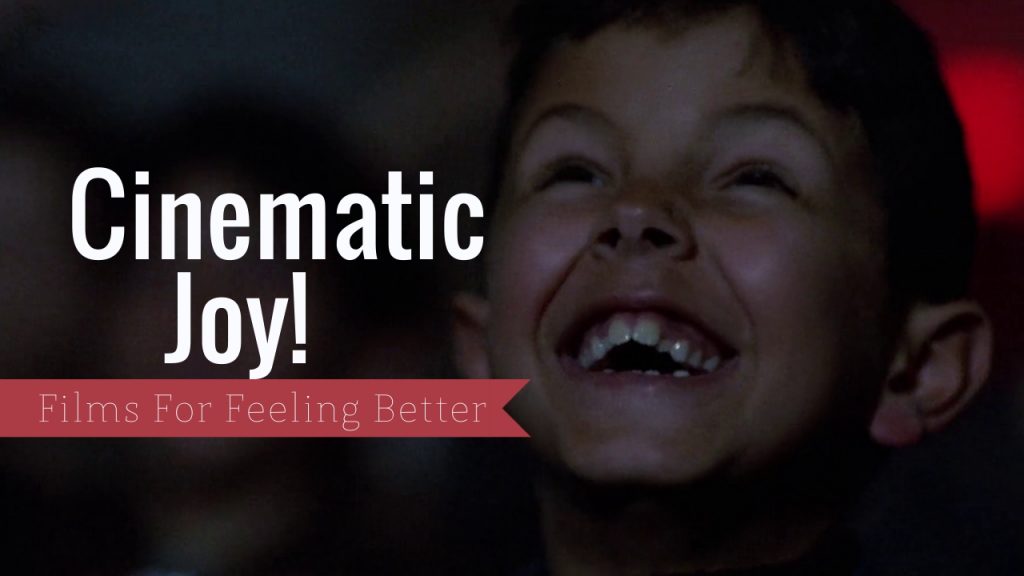 Cinema has the capacity to explore a wide variety of subjects, and make us feel many different things. Many of my favourite films deal with the darker side of humanity, with grief and loss and conflict, but I won’t be talking about those today. Today, I want to focus on those films that I always come back to whenever I want to feel good. The films that give us hope, make us laugh, soak us in comfortable nostalgia, and bring us joy. We can turn to these kind of films any time we might feel down, not just in times of global crisis, but it seems like we’ll all be spending more time indoors for a while, so I hope you will join me in feeling a little bit better about life the one way I know how: sticking on a film, forgetting about the outside world, and going on a joyful cinematic journey. These are ten films that help you feel better, about anything! 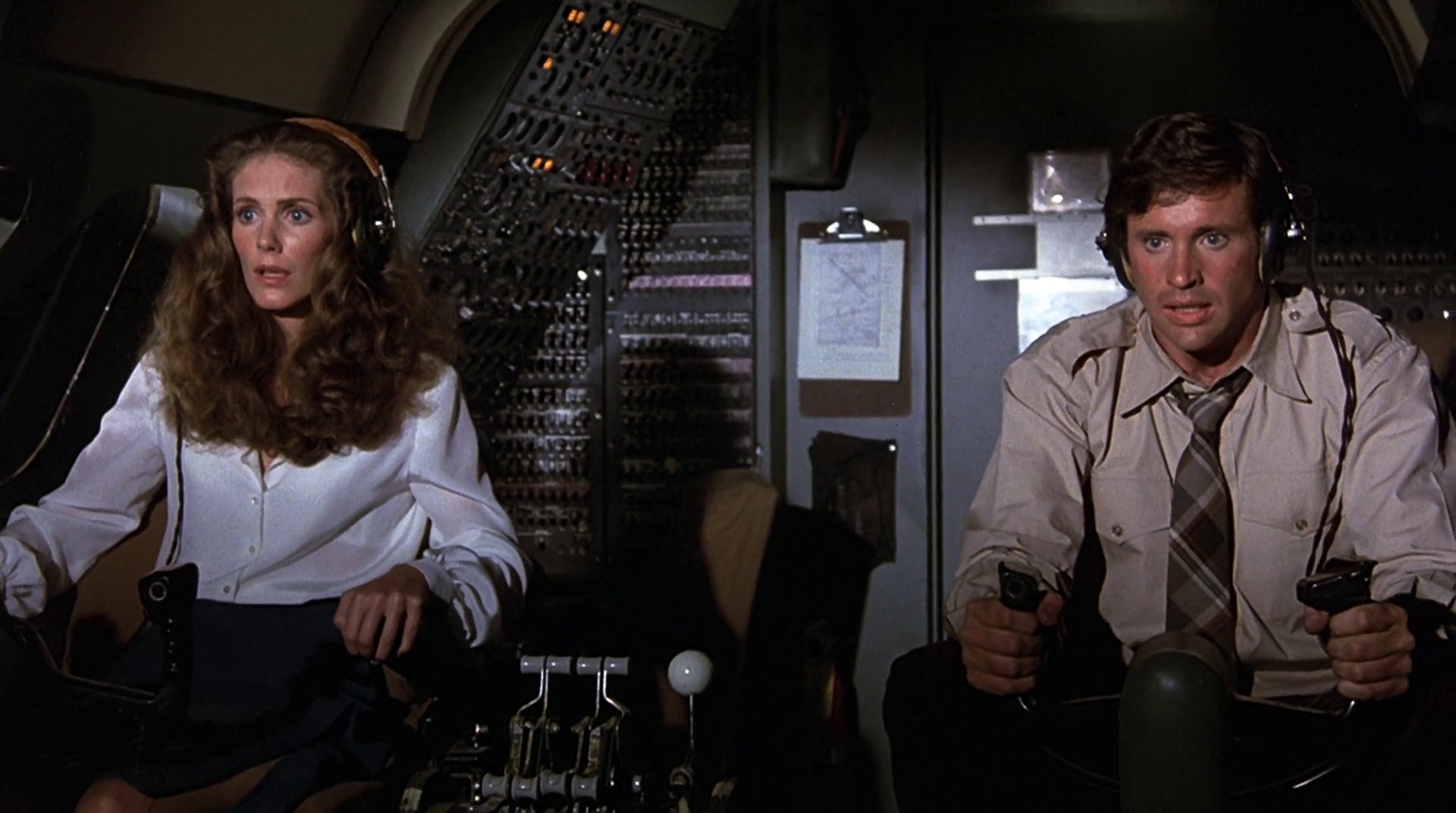 Comedy seems like a good place to start, they say laughter is the best medicine after all, and Airplane! Is one of my favourites. A parody of the 1957 drama Zero Hour!, Airplane! is absolutely crammed full of visual gags, slapstick and outright juvenile silliness. It also features Leslie Nielsen at his deadpan best. Follow up this viewing with the Police Squad! TV series and the Naked Gun films and you’re all set for a perfect night of parody.

Continuing with comedy we have a childhood favourite of mine, The Goonies. A lot of the comfort I get from this film is down to its nostalgic value, having watched it so often when I was growing up. I wanted to go on an adventure with my friends like the Goonies did, I wanted gadgets like Data’s, I wanted to find treasure and put away bad guys. Sadly, there were no treasure maps in my attic and my small town didn’t have any hidden pirate treasure like One Eyed Willie’s, as far as I know… Even without all that nostalgia though, the Goonies is an incredibly fun time, with some very funny moments. The chemistry between the child actors is great, and the Fratelli’s make for very enjoyable antagonists, especially Ma Fratelli. For me, watching the Goonies is like putting on a pair of well-worn and well-loved old shoes, getting me where I want to go and keeping me comfortable on the journey. So why not come along on that journey with me? And remember, Goonies Never Say Die! 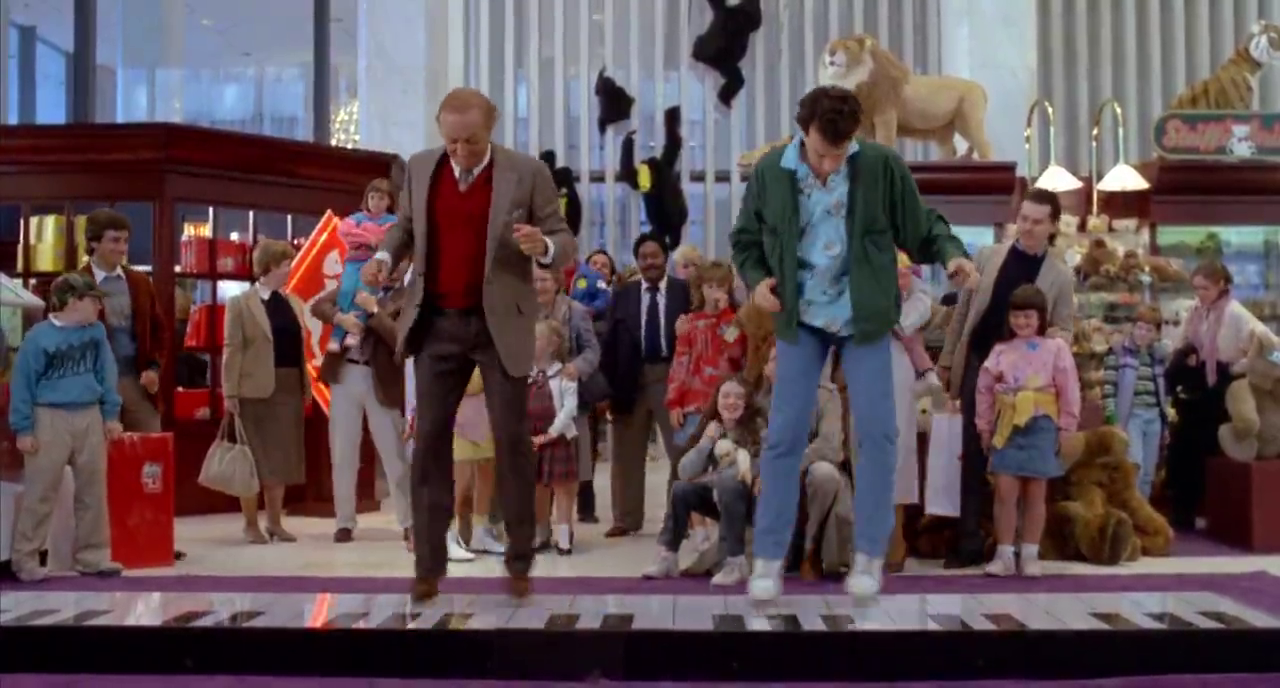 Big is another nostalgic film for me. Josh Baskin is a 13 year old boy who wishes to be older at a mysterious slot-machine on a pier, and wakes up the next morning as a 30 year old man. When I was little I would watch and wish that I could visit Zoltar too, although I probably would have asked him for Super Nintendo games rather than to be older… Tom Hanks is great as the magically-aged Baskin, he has a charm and innocence about him that is incredibly endearing. It’s not surprising to learn he spent time with his young co-stars to get an idea of how they interact with each other, it’s all reflected in his performance. The film does touch  on what the more unsavoury aspects of such magical aging would be like, with brief scenes depicting Josh’s mother trying to deal with his disappearance, but mostly the film treats Josh’s aging with a sense of fun and humour. Big shows us that we could probably all benefit from injecting a bit of childlike goofiness into our adult lives, and makes us look back and treasure that brief care-free time in our lives, where all we had to worry about was cleaning our room and doing our homework. 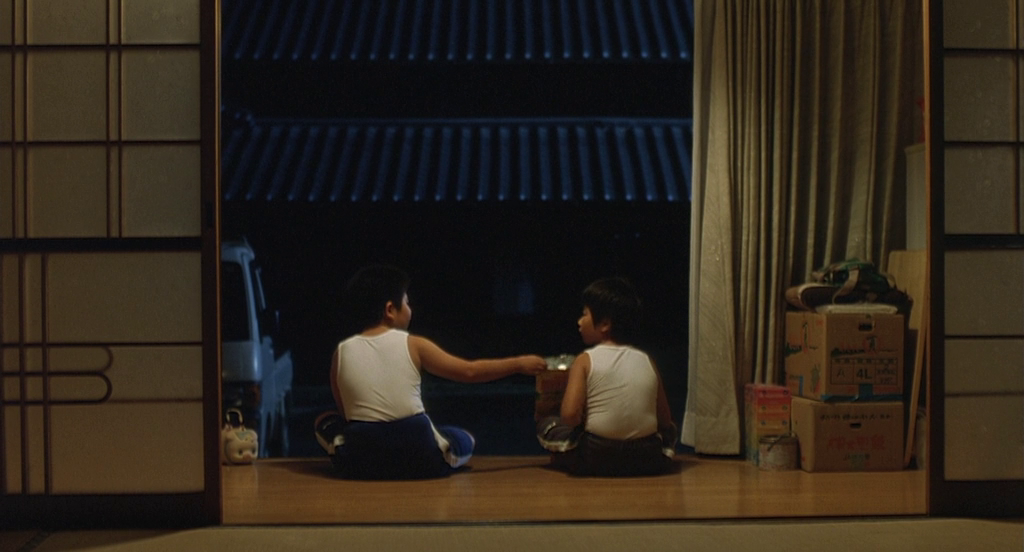 Probably one of my favourite films of the past 10 years, from one of my favourite modern film-makers. I Wish tells the story of two young brothers whose parents have separated, and each sibling lives with one parent separately in different cities. The elder brother hears rumours about a magical energy that is generated when two high speed trains cross paths, which has the power to grant wishes when witnessed. He hatches a plan to go to the place where two trains will intersect on a particular date and meet his brother there so they can wish for their parents to get back together, and each brother brings some friends on the journey with them, all with wishes of their own.

Again, there’s a lot of nostalgia here for the simplicity and innocence of childhood, with the rich emotion of familial connections explored not only through the grand wish quest, but also through the smallest of interactions like characters baking and playing  music together. An emotional film which is sure to make you look fondly back on your own childhood friends and adventures, and long for the capacity to believe in wishes again. A masterful sequence of associative editing near the end of the film is particularly affecting, but I wouldn’t dare spoil it by going into the specifics. If you find feelings of nostalgia comforting, it’s hard to go wrong with I Wish. 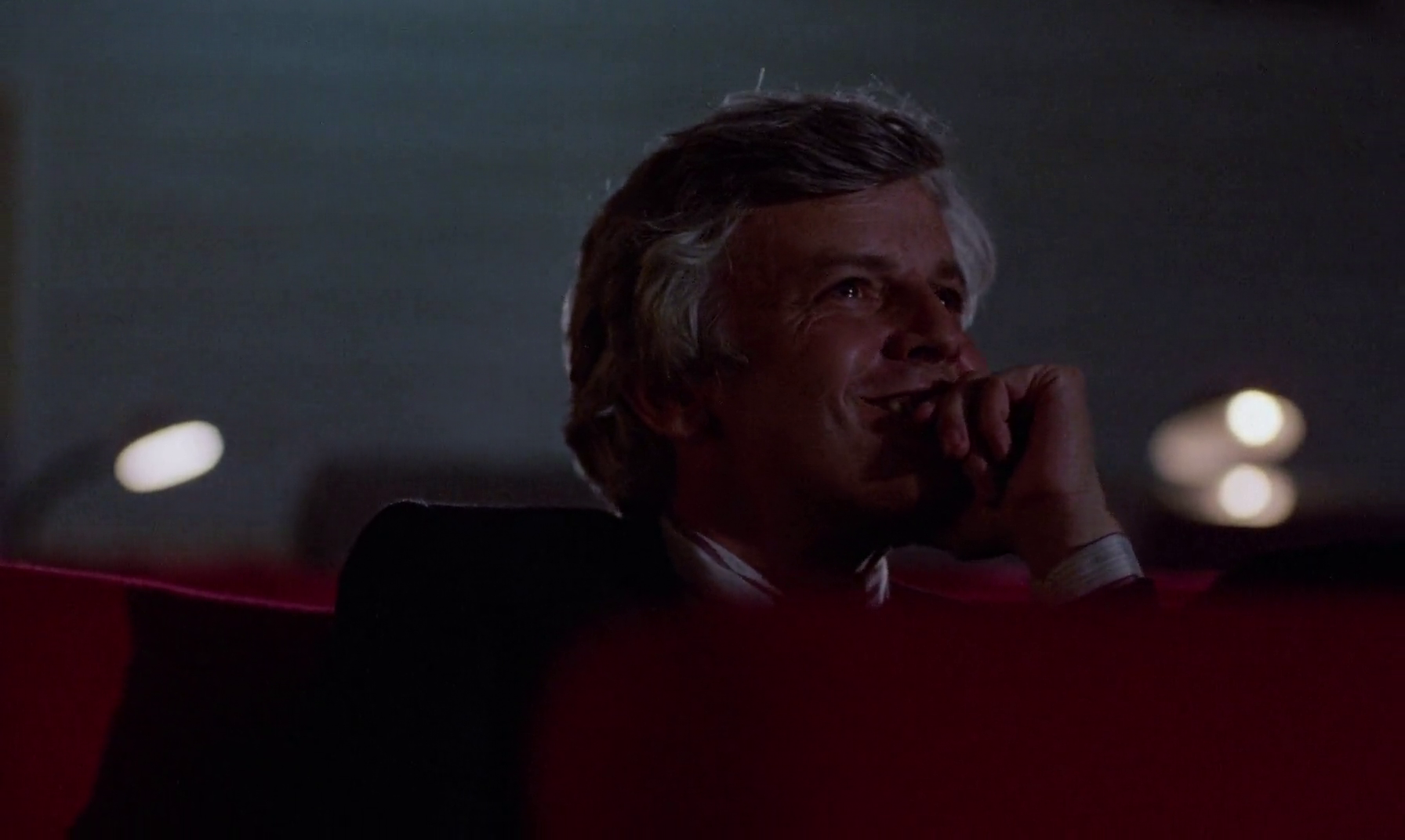 Watching Nuovo Cinema Paradiso always puts me in a better mood, regardless of how low I might feel. It’s the story of a successful, middle-aged film director who reminisces about his formative childhood and adolescent years after learning that a mentor and father-like figure from that time has died. Again, nostalgia is a heavy theme here, but the film considers both the comforting aspect of it but also the danger of living too much in the past to the detriment of your present and future. Ennio Morricone’s music is wonderful; delicate and mournful as well optimistic. I won’t ruin the final scene, but it condenses nostalgia, loss and friendship into a 3 minute sequence that is sure to lift your spirits and would bring a tear to a glass eye. The film is a love letter to cinema and its power in building community and creating memories. Alright, I promise now, I won’t mention nostalgia again! 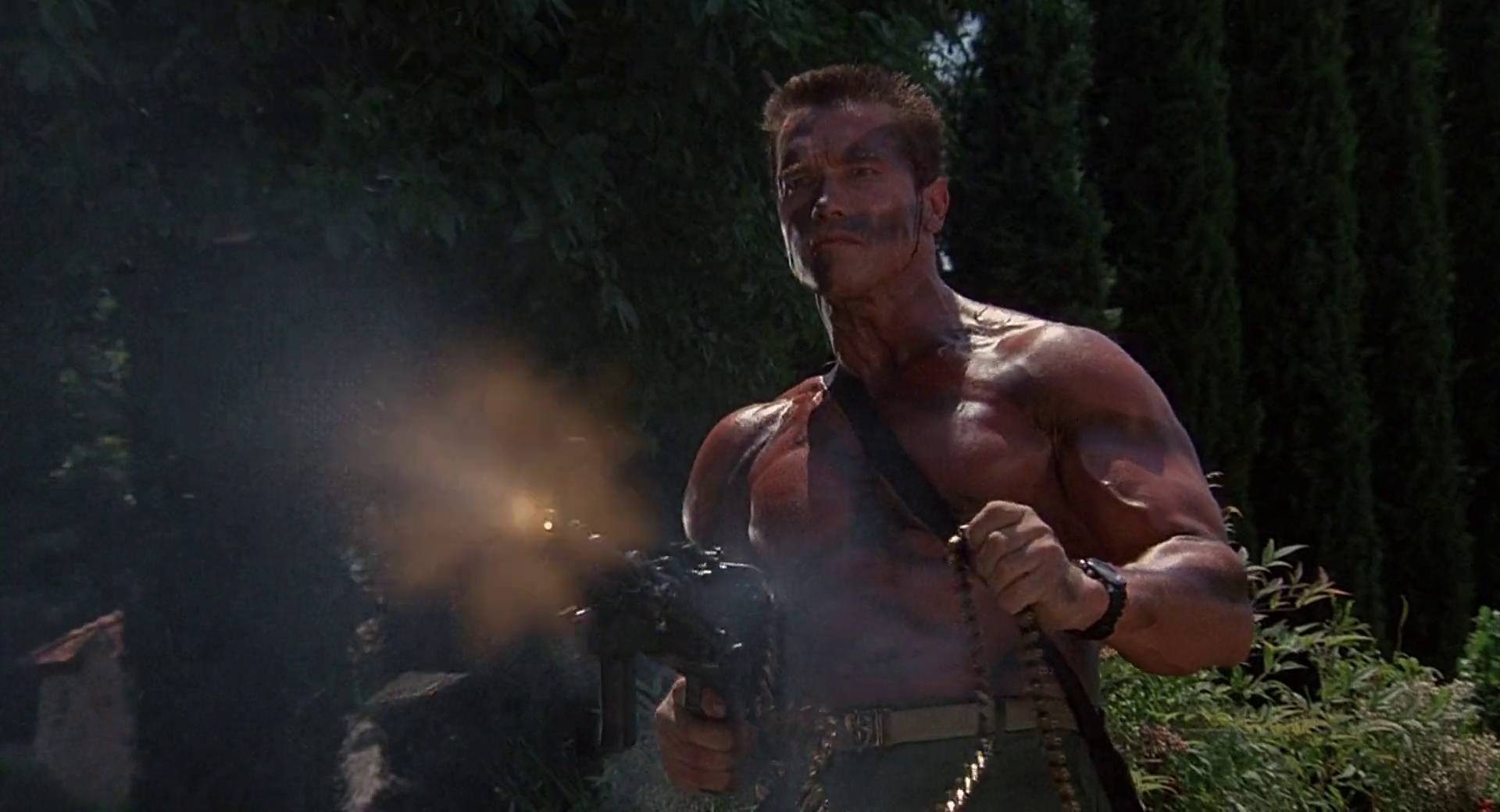 Remember when I promised not to mention nostalgia again? I lied. This one is only tenuously linked to nostalgia though, since I was obsessed with Schwarzenegger films growing up. The joy I get from Commando now isn’t from any nostalgia I might have for Arnie, but from the sheer ridiculousness and joyful excess of it all. Explosions, one-man army nonsense and cheesy one-liners make Commando just exquisite escapism. 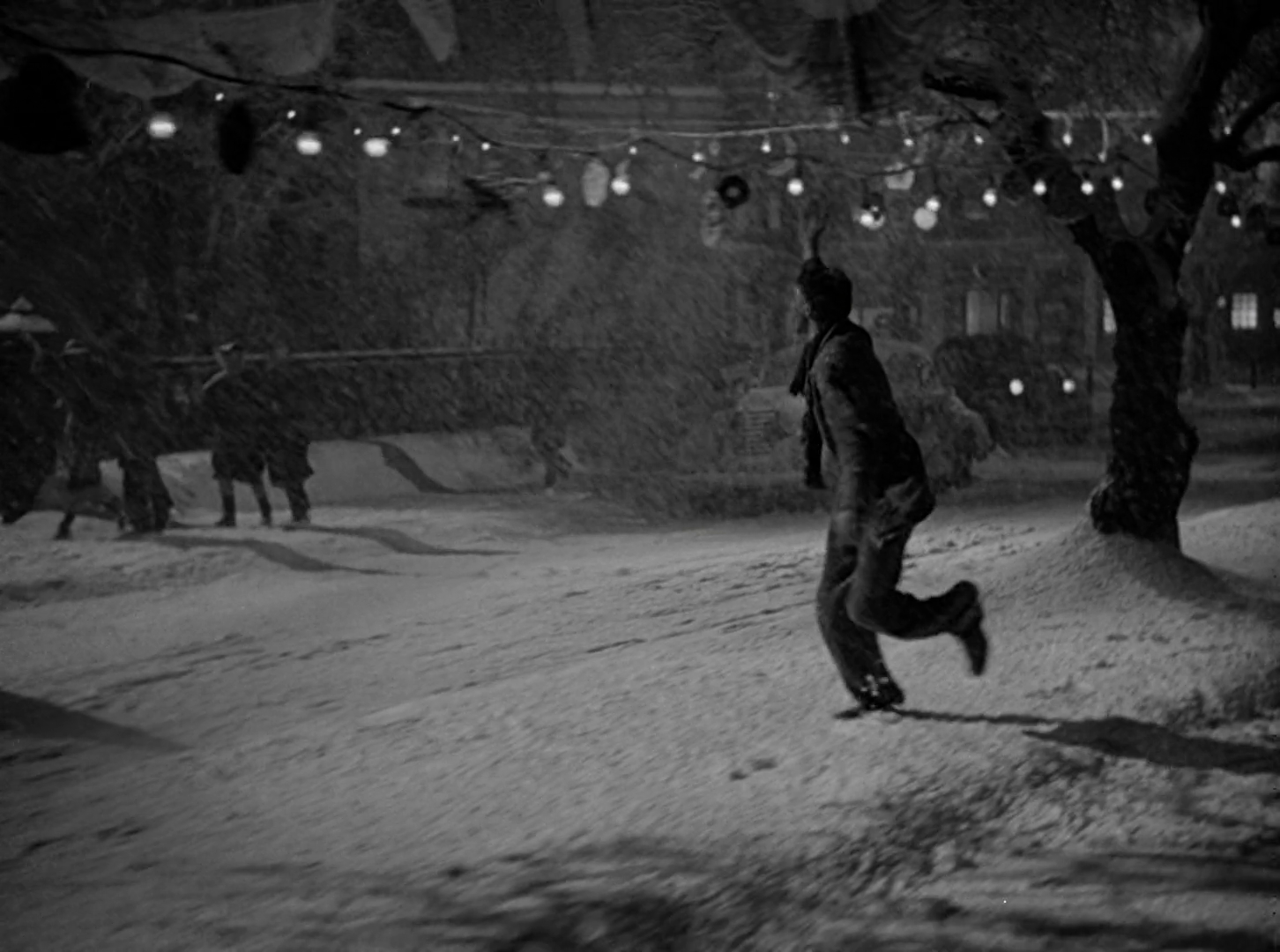 For something positive, where better to look than a film called It’s a Wonderful Life? Although it’s mostly seen as a Christmas film since it’s always on TV at that time of year, most of the film isn’t even set during Christmas time, only the final act. For me it’s something you can watch any time you might be doubting your own worth, or feeling down about humanity in general. James Stewart is charming as always, and the central plot device of being able to see what life would be like if you had never been born is always an interesting thought experiment to apply to yourself. I know very few of us are as impactful on our communities as George Bailey is for Bedford Falls, but still, each and every one of us has made a mark on people’s lives in some way or another. It’s not all wonderful though, George has to go through quite a lot of hardship before we get to our triumphant and redemptive finale, but the pay-off is well worth the journey. 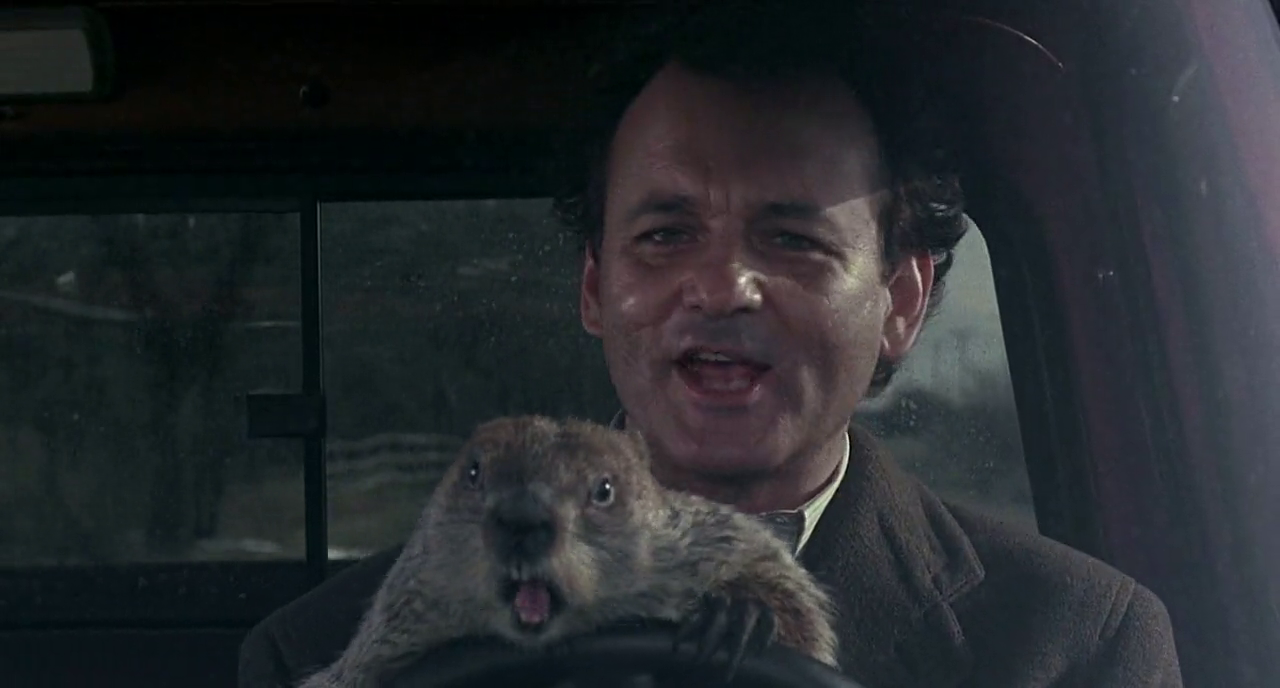 Returning to comedy, we have Bill Murray at his sarcastic, cynical best in Groundhog Day, reliving the same day over and over again. It probably mirrors the way some of us might be feeling these days, stuck indoors doing the same things again and again. If you can put that nagging feeling aside though, there’s a lot of great comedy to be found, through Bill Murray and a great cast of supporting characters. It’ll also get the Pennsylvania Polka stuck in your head for days on end, if you can live with that… 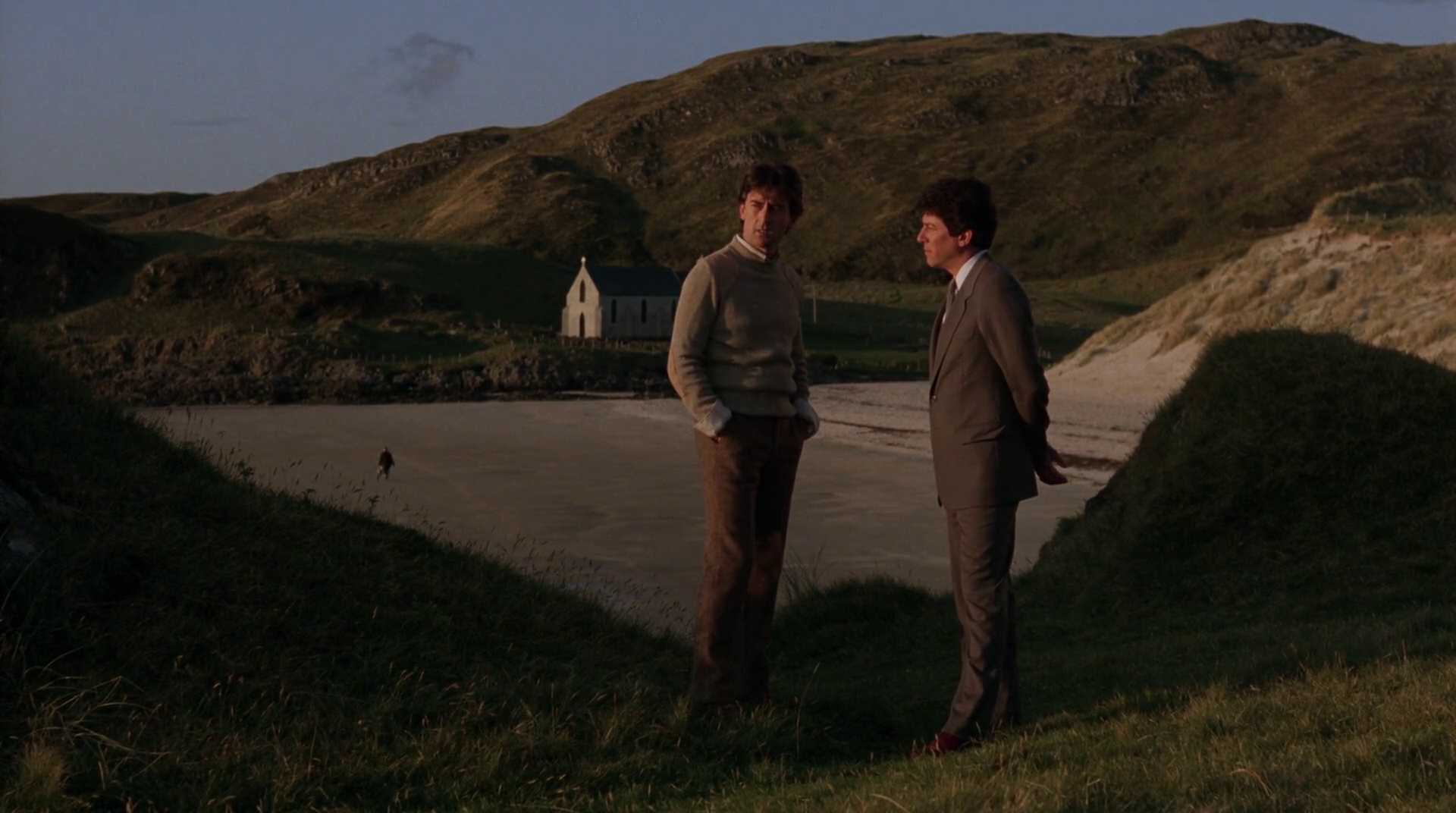 Local Hero is set in a rural Scottish village in the Highlands called Ferness, and follows an American executive from a Texas oil company sent there to negotiate the sale of the land and property from the Ferness locals so the company can build a refinery. The film just gives me a feeling of being at home. Not only because I am Scottish myself, but the film creates such a great sense of comfort and tranquility, painting a picture of an idyllic, care-free and simple life in a beautiful setting. It’s also a little odd, with colourful characters both in the small-town of Ferness and in the scenes featuring the American owner of the oil company. The music is gorgeous too, soothing and gentle . I invite you to spend some time with the people of Ferness, and enjoy what Local Hero has to offer. It’s my favourite Scottish film, maybe it can be yours as well. 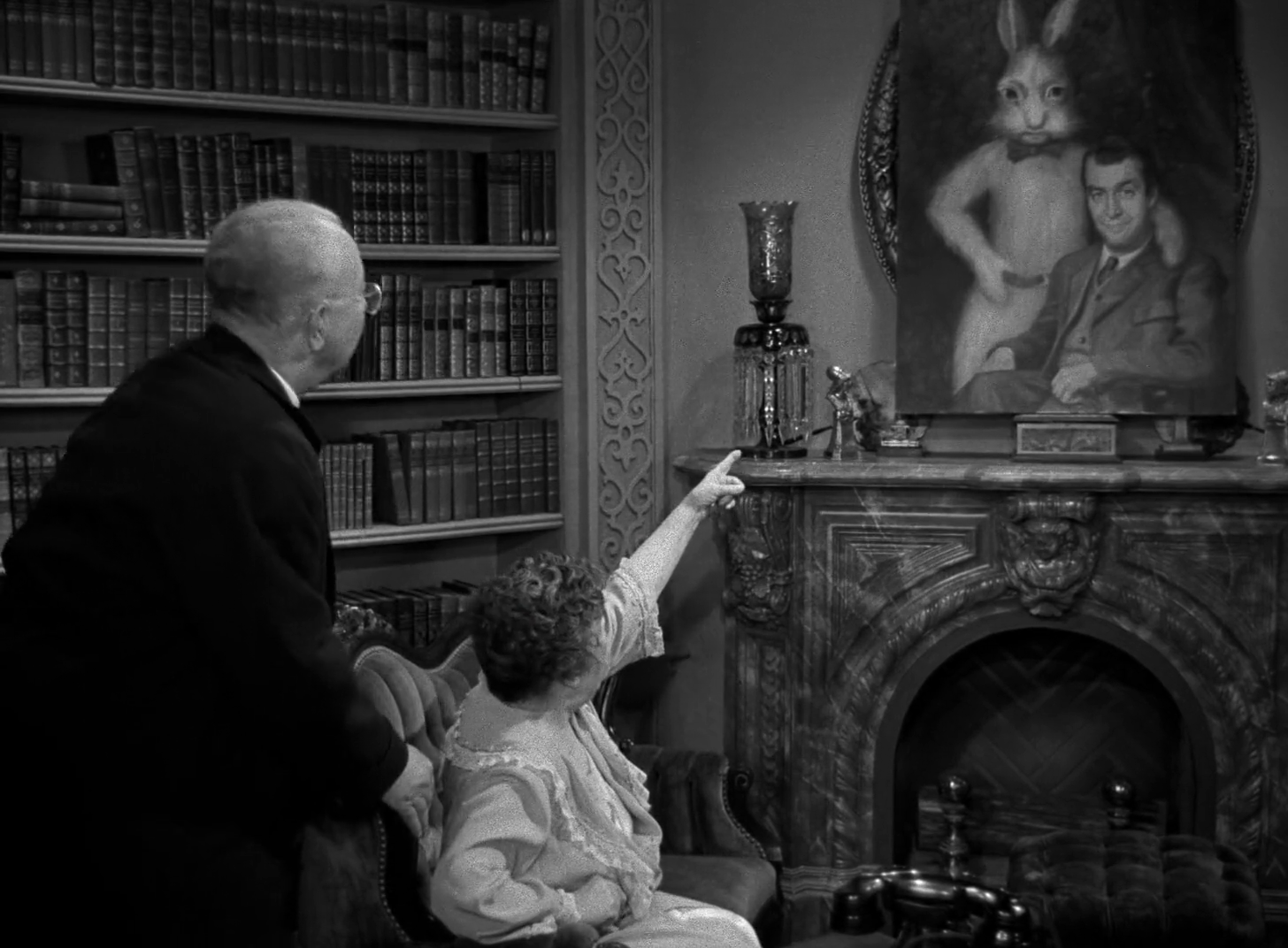 I want to end my list with another James Stewart film, Harvey. In Harvey, James Stewart plays Elwood P. Dowd, a middle-aged and slightly peculiar single man whose best friend is a six-and-half foot tall invisible rabbit named Harvey. Elwood is incredibly amicable and good-natured, always willing and eager to introduce anyone he meets to Harvey. This behaviour exasperates his strait-laced and class-conscious sister and niece, eventually leading them to try and have Elwood committed to an asylum, believing him to be a mentally ill alcoholic. What follows is about an hour and a half of delightful farce filled with comedic misunderstandings, with James Stewart in perhaps his most endearing and delightful performance. With everything going on in the world, it seems the only fitting way to leave you all, is with a philosophy we could all stand to take heed of once in a while:

What are the films that never fail to lift your mood? Let me know in the comments!