A Little Something About Rashomon: A Matter of Perspective 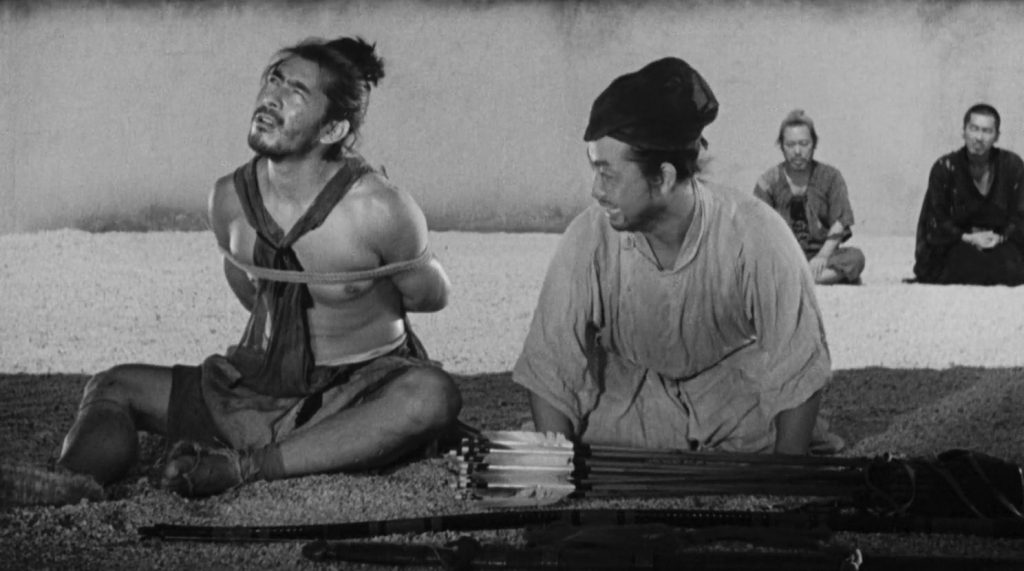 Rashomon is a 1950 film directed by Akira Kurosawa which, after being screened at the 1951 Venice Film Festival and winning the Golden Lion, catapulted Kurosawa and Japanese cinema as a whole into international recognition. In Rashomon, a samurai’s body is found in the woods, and a bandit is captured and arrested for the murder. The events leading up to the murder are retold by four character’s: we hear the story from the bandit, the samurai’s wife, the samurai himself (via a psychic), and a woodcutter who happened on the body and alerted the authorities. The stories are contradictory, embellished, and not entirely honest.

It’s a great film, an interesting premise, and one of Kurosawa’s many masterworks, but it’s not really what I want to talk about. What I want to talk about is what I thought Rashomon was going to be, before I saw it. I had heard of the film, and had seen Rashomon style multiple perspective stories on TV (the one I remember most is the King of the Hill episode “A Fire Fighting We Will Go”). Basically, I knew Rashomon was a highly-influential film, and that it featured the same story told from multiple perspectives.

So what did I expect? And why was it different from what I got?

Where Rashomon diverged from my expectations was that each retelling of the story was completely different from the last. The major elements of each were largely shared, but details were changed, embellished or even entirely omitted from telling to telling, resulting in a multitude of contradictions. In my mind, going into Rashomon, I was going to see four versions of the same story that actually were the same story.

I imagined that each story was going to be largely the same, only the perspective and point of view would be different each time. Each character may see or hear (or fail to see or hear) something the previous character did not. On screen, the scenes would play out the same, for the most part, but the camera shows the action from a different position and/or angle in each retelling, since it is a new point of view. Any differences in recollection would be very subtle. For example, one character’s recollection of another’s tone and matter may be different as it is coloured by their own prejudices and/or insecurities. One character may look away and miss an important detail in their retelling that becomes clear in the next character’s retelling. The characters would all be truthful in their retellings, but the full picture would not emerge until all perspectives were shared.

Obviously a film like this would be completely different from the Rashomon we know and love, and probably would be quite boring given it would be the same story retold four times with only minor differences. It might be something that could be pulled off well, but it’s well beyond my creative capability to imagine how. So why bother writing all this? I suppose I just thought it was kind of interesting that I had concocted my own story for Rashomon, a story about stories, before I had even seen it. Also, given the sheer amount of Rashomon inspired TV, animation and film that followed, maybe this style of story has already been told (and retold, and retold, and retold). Then someone can tell me about it, I can watch it, and see if what was in my head would have been any good…

Does anyone know of any media that tells its story in the way I described? The way I imagined Rashomon was going to before I actually watched it?

Also, go watch Rashomon! Even if you’ve seen it already, there’s no harm in doing it again!