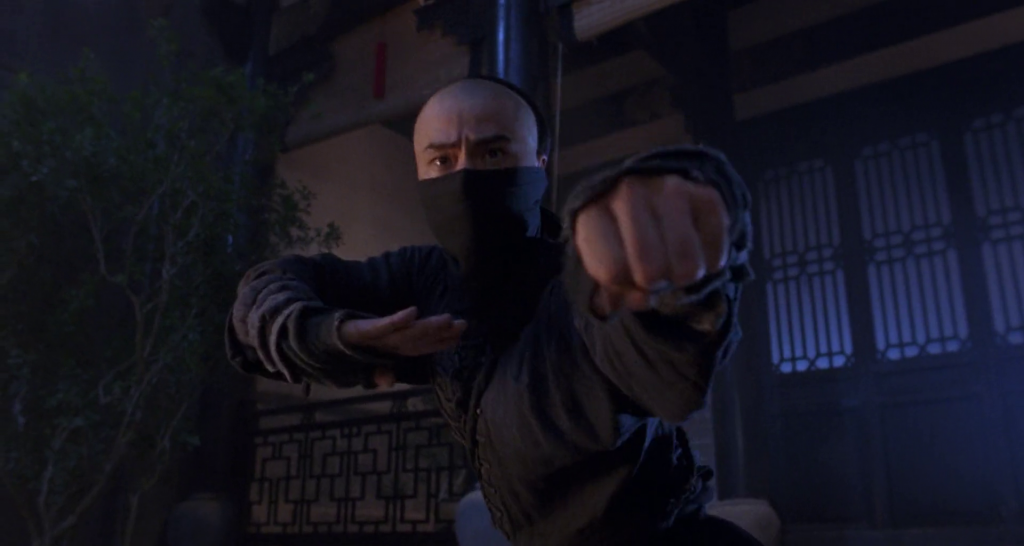 Film of the Month is a series where, once a month, I revisit a film write something short but sweet about it, hoping to tempt others into experiencing it as well. It’ll be largely spoiler-free, but not completely, though I’ll avoid revealing any endings or major plot-twists, of course. No deep-dives or analysis with a fine-tooth comb, merely a simple recommendatory review. It could be an all-time favourite, or just one I particularly enjoyed. Really it’s just an excuse to watch some great films again, and think a little more about them. This month’s entry is: Iron Monkey.

Film of the Month #4: January

When I was younger, I had a great interest in the martial arts films released by a DVD distribution company called Hong Kong Legends. I didn’t really have any disposable income then, so it was rare that I could buy any of them. I always had to try and borrow from friends, or save for anything that looked particularly interesting. As a result, I didn’t see all that many of their releases, but the ones I did manage to see really resonated with me. Iron Monkey was probably my favourite. Watching it back today, it’s probably not quite as good as Police Story (Jackie Chan, 1985), but it’s definitely still right up there in terms of the best Hong Kong action/martial arts cinema.

Iron Monkey is set in 19th century China, in a town adminstered by a corrupt and uncaring governor. The story focuses on the titular Iron Monkey, a kung fu master who steals from the rich to give to the poor. Iron Monkey is really the secret identity of local doctor Yang Tianchun (Yu Rongguang), an incredibly caring and virtuous man. The governor seeks to catch Iron Monkey, resulting in the guards arresting anyone even vaguely associated with monkeys or martial arts. Wong Kei-ying (Donnie Yen), a doctor and kung fu master himself, is caught up in this sweep along with his young son Wong Fei-hung (Angie Tsang). Wong Kei-ying is at first forced to apprehend Iron Monkey, as the governor detains his son, and Wong Kei-ying becomes an unpopular figure around town thanks to his desire to apprehend the benevolent Iron Monkey. Eventually, the two team up against a more serious threat: A Shaolin traitor turned imperial offical named Hin-hung (Yen Shi-kwan), who moves in and takes over as governor.

In all honesty, the story probably isn’t that important for Iron Monkey, you just need the broad strokes to get going. Where the film shines is its action, characters and choreography. The action scenes are all wonderful, and underpinned with a delightfully silly sense of humour. In the very first scene, guards at the governor’s residence are on the look-out for Iron Monkey. They hear a noise on the roof, and direct a hail of arrows towards it. In the next shot a bird falls to the ground, absolutely riddled with arrows. The head guard laughs and declares that there is no way Iron Monkey can get in. A split-second later another guard shouts “It’s Iron Monkey!”, who appears in a flash and begins expertly decimating the household guard in combat. It’s perfect. This kind of thing happens frequently throughout the film: boastful characters quickly made to look foolish by what follows their bragging. The humour helps to move us along between action scenes. It also infuses the whole film with a real sense of fun.

Rather than being a homogoneous blob of good guys versus bad, the characters of Iron Monkey are imbued with distinct personalities and unique traits. Even the main villains, who are admittedly somewhat cartoonish, are easily distinguishable through their costume, make-up, and fighting styles. Action and choreography are probably the most important aspect of a film like this, and they’re incredibly strong in Iron Monkey. However, by also including enjoyable and distinct characters interacting with each other beyond just trading blows, the film makes it much more satisfying to travel from one action/kung fu set piece to the next. You don’t get bored waiting for a fight to break out. Instead, you enjoy the time spent in the company of some engaging, often silly, characters.

The fighting is where Iron Monkey shines brightest, though. The stuntwork, choreography and set pieces are all great. Especially the climactic final battle, perched precariously on wooden poles made even more dangerous by a raging fire below. This dangerous sequence took 20 days to film, and it’s pretty breath-taking.. Even just ordinary fights look great. Quick, dynamic, energetic, and full of skill and variety. The strength of the cast greatly contributes to the quality of its action. We’re not just seeing the same style and the same fight over and over, but differents styles, different disciplines, different weaponry.

There’s a real sense of fairytale weightlessness to the proceedings. Characters fly through the air, jumping from rooftop to rooftop effortlessly. Objects similarly follow abnormal laws of physics, flying in perfect arcs at the merest tap. In one scene, a character jumps over a table and gracefully kicks a ceramic bowl at their assailant. The way the bowl flies through the air, spinning like a top, is totally unrealistic but absolutely gorgeous. It’s not all floaty weightless though, the choreography can also have real heft when it needs to. It’s not something you can really subscribe though, it’s something you have to see.

Iron Monkey is one that any fan of action should watch. I watched the recently released Blu Ray of the film from Eureka Entertainment, which looks and sounds great. There’s a lot to this film, not just great action. I haven’t even touched on how interesting it is that a Hong Kong film from the 90s set in a bygone China is so interested in double identities and the corruption of government and tradition. If you think about that in conjunction with Hong Kong’s relationship with the mainland, it gets very meaty, very quickly. I would encourage anyone with even a passing interest in martial arts to get stuck right into Iron Monkey.